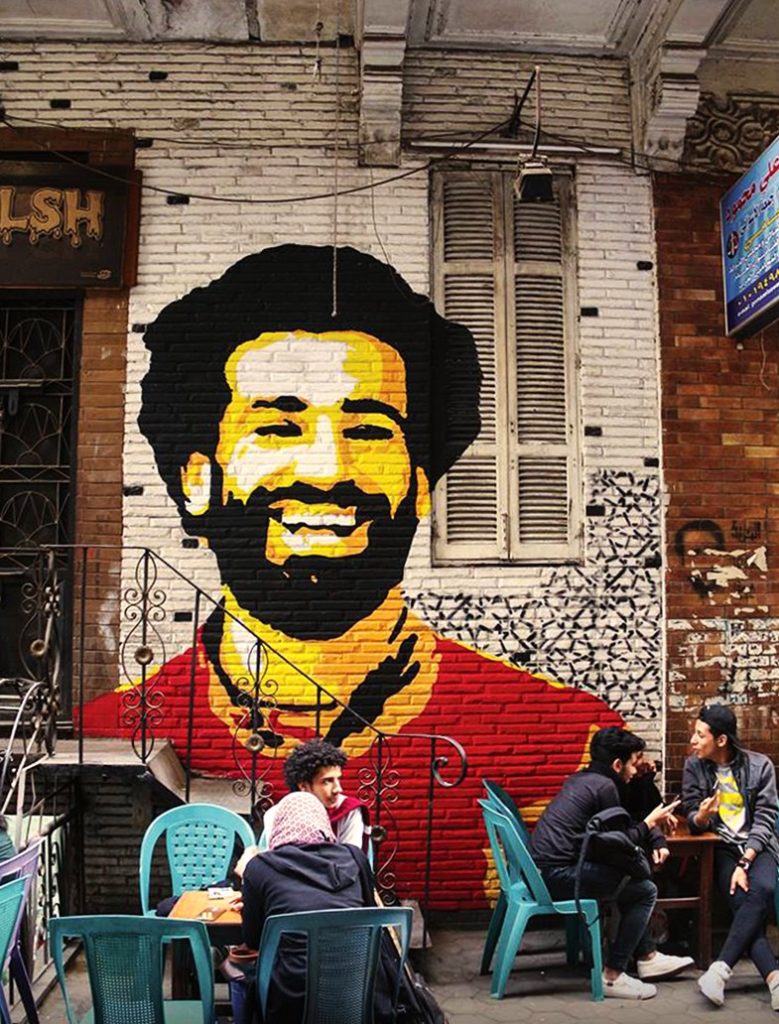 If he scores another few, the world could be a better place

Researchers suggest that a footballer’s on-pitch success in England could lead to a sharp decline in hate crime. This is an opportunity for clubs to make a real difference.

The well-documented rise in hate crime after Britain’s EU referendum was unprecedented, yet consistent with an upward trend in reported incidents since 2013. Iman Atta, director of Tell MAMA, told the Independent that the vote was followed “significant rises in hate incidents and crimes against Muslim communities in areas such as Greater Manchester, Kent, Liverpool and Wales.”

In this context, imagining that soon after a stadium full of fans would be chanting he’s sitting in the mosque, that’s where I want to be could have been dismissed as pure optimism. Let alone, a stadium in one of the cities which Atta singled out: Liverpool.

Mohamed Salah has already established himself as one of Liverpool’s all-time best since joining from Roma in 2017. Twice earning the league’s Golden Boot in two seasons, Salah scored in this year’s final to help his club win their sixth Champions League and has been a source of hope for a loyal fan base looking forward to an end to their 20-year wait for domestic glory.

Researchers at Stanford University’s Immigration Policy Lab decided to look into whether the adulation Salah deservedly received for his world class performances had an impact beyond the football pitch. According to their findings, yes, it did.

According to the study, hate crimes dropped 18.9% in Liverpool and its surrounding Merseyside region after Salah signed for the city’s famous Reds, while the club’s fans posted significantly fewer anti-Muslim tweets on their personal accounts.

The researchers describe Salah as a ‘visibly Muslim player,’ an image boosted by his own on-line posts and his wife’s public appearances at Anfield — famously once waiting for their daughter to get tired of scoring goals in front of the roaring Kop. It was also ‘visible Muslims’ who were attacked on England’s streets after the referendum by people who believed the vote confirmed their hateful politics.

If he scores another few then I’ll be Muslim too goes the chant. Salah, like most Muslims in Britain, is a decent, hard-working, friendly family man. Unlike most Muslims in Britain, he can be seen as that despite years of tabloid front pages warning of an imaginary threat to Britain’s way of life and safety. As the researchers find, exposure to celebrities can reduce prejudice and few celebrities have the connection to their constituency which footballers enjoy.

The football industry needs to do more
UEFA’s Respect campaign is one of many initiatives by football federations and clubs to tackle racism and intolerance in football. Advertising boards promoting their messages have found themselves side by side with banners celebrating genocide in international matches. Despite lifetime bans for the perpetrators and fines for their favourite teams, the practice still continues.

Some of these initiatives were doomed from the start, such as a curious idea to counter racism in 2005 by having Paris Saint-Germain go out in all-white kits against a travelling Lens side wearing all-black. It didn’t take long for parts of the home crowd to chant ‘come on the whites’ and treat their visitors to those sickening monkey noises that are still echo around stadia to this day.

Another study found that “the constant presentation of ‘official’ antiracism campaigns can be seen by some fans as negatively labeling them as racist.” If anything, this proves the urgency for grassroots efforts that come from within communities themselves over efforts driven by outsiders. This is a lesson often ignored also in political efforts to counter far-right populism, as campaigners against Trump and Brexit can testify.

Authorities have also met racist incidents with pathetic responses. At the ninth level of England’s football pyramid last season, visitors Padiham walked out after Congleton Town fans hurled racist abuse at their goalkeeper. Padiham were fined £165 for abandoning the match, £5 more than the home side had to cough up for their fans’ behaviour. Decisions like this leave players rightfully feeling left alone to stand up to hate.

A retired football referee told me that fines were a powerful incentive for top-flight clubs to try and eradicate racist chants from their stands. Some clubs, as global brands, have even more reasons not to alienate large parts of the world. It’s only been sixteen years since FC Barcelona and five years since Real Madrid banned far-right fan groups from their stands. Today, it seems unthinkable that the core of the support for these world class, diverse squads in the stands would include Nazis.

Progress has been slow but real — even Beitar Jerusalem, a club infamous for being the only Israeli side never to sign an Arab player, said religion would no longer be a determining factor when deciding transfer policy. A few months later, the club celebrated the first year where its stands didn’t chant ‘death to Arabs.’ This milestone, however grim it may sound, was hailed by the club’s owner as “our biggest achievement at Beitar since I joined.”

The football industry clearly needs to take more initiative to deal with racism in the beautiful game. The Common Goal movement, where clubs, players and supporters pledge 1% of their income to tacking social challenges, is an opportunity to invest much-needed resources to unlock football’s potential to change our societies for the better. The first club to do so is Denmark’s FC Nordsjælland, alongside star players including Alex Morgan and Juan Mata.

If Salah’s story shows that football can make the world a better place, then there’s no excuse for those within football to help make that happen. Hopefully though, it won’t just be an attempt to avoid a fine or playing behind closed doors, but a genuine commitment to those in their community cheering on who aren’t fortunate enough to play for their clubs.