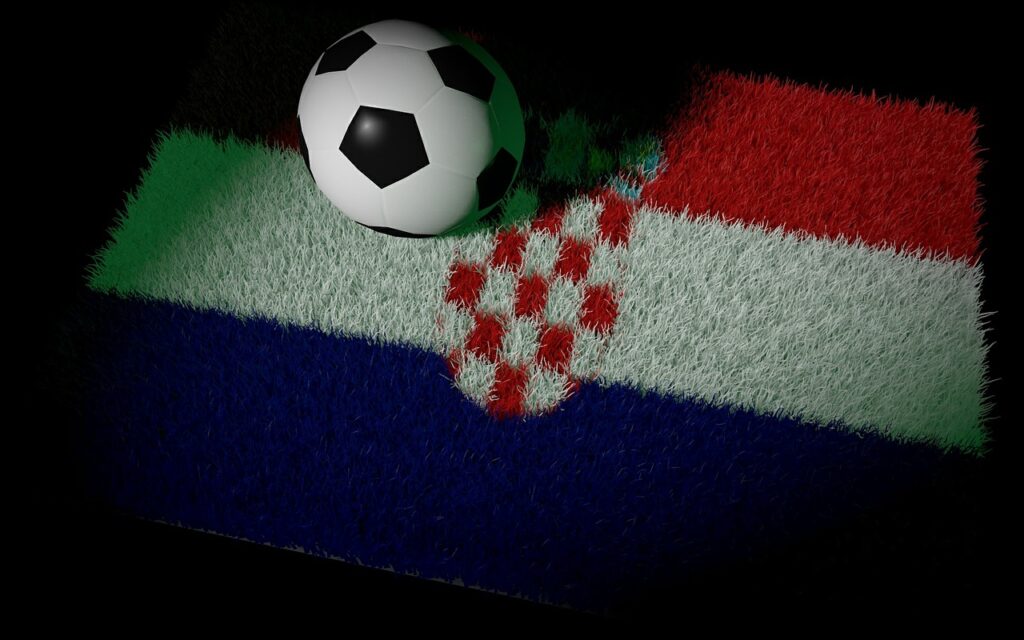 The Nations and Balls alternative preview to the play-off that a Croatia legend called the “worst possible draw” — not for sporting reasons.

Around a decade ago I found myself on a train from Zagreb to Ljubljana. It was my first time travelling around the Balkans and I had already run through my suitcase, wearing the only piece of relatively clean clothing remaining inside it: an Olympiakos Piraeus shirt.

Balkan trains had (and some still do) an old-style carriage with a bar where you could enjoy a cigarette with a strong Turkish coffee, which of course is called whatever nationality the person serving it is from. You could also of course go for rakija, the local potent liquor, or as the person working that bar on the Zagreb-Belgrade train calls it, ‘Serbian red bull.’

As I was smoking the long journey away, three youngsters ganged up around me and started swearing in a language that back then I couldn’t understand. Their looks left no room for misunderstanding though, as did their fingers pointing at my chest: I was wearing an offensive piece of fabric.

The youngsters were driven by the assumption that, as an Olympiakos fan, I was also automatically a Red Star Belgrade fan. As I’ve written elsewhere, Serbian and Greek hooligans get along so well that they even have strong opinions about each other’s football clubs: Olympiakos and Red Star fly each other’s banners, PAOK and Partizan too. Even though it is hard to figure out what drives these alliances beyond the colours of the teams’ jerseys, there has been documented violence around Greek league derbies involving Serbs.

The train trio were fans of Dinamo Zagreb, Croatia’s most successful club post-independence with 18 league titles to show for it. In its Yugoslav days, the club won 4 leagues and the 1967 Inter-Cities Fairs Cup, beating Leeds United 2–0 at home and drawing 0–0 away. That competition was the predecessor of the UEFA Cup, today known as the Europa League.

They were taking pride in what they called ‘the beginning of the Yugoslav war,’ the riots at the Dinamo Zagreb v Red Star Belgrade league match on 13 May 1990. Taking place a few days after pro-independence parties won Croatia’s first multi-party elections, the match was bound to be remembered for anything but the football, and was abandoned ten minutes after kick off.

Three thousand Delije, Red Star fans, were led by Arkan, who went on to lead the Serb Volunteer Guard, a paramilitary force that was charged along with its leader for war crimes committed in Croatia and Bosnia and Herzegovina during the Yugoslav wars. Street battles took place before the match and Zagreb’s local fan firm, Bad Blue Boys, started throwing stones at the visitors who responded by chanting ‘Zagreb is Serbian’ and ‘We’ll Kill Tudjman’ (Croatia’s newly-elected President) and turned the stadium’s seats and billboards into their arsenal. The police did little to prevent the mayhem and Zvonimir Boban, Dinamo’s captain and later an AC Milan legend, elevated himself to nationalist folklore by kicking a police officer who was beating a Dinamo fan on the pitch.

The involvement of Greeks in the Yugoslav Wars was sadly not just a fantasy in the heads of young aspiring hooligans. An estimated hundred Greeks, some with ties to the Golden Dawn, fought on the Serbian side in the Bosnian War and a dozen of them were involved in the genocide in Srebrenica. Ratko Mladic, the Bosnian Serb military leader currently on trial for war crimes at the International Criminal Tribunal for Yugoslavia, asked that the Greek flag flew over Srebrenica. Photos were taken, interviews were given, but not a single person has been convicted in Greece.

Violence has also taken place in matches involving Greeks and Croats. The Greece v Croatia Euro 2012 qualifier was interrupted for six minutes after a hundred home fans threw a petrol bomb and flares at the travelling Croats, ten months after eleven Croats were arrested for throwing stones at and setting fire to a bus carrying PAOK fans to a Europa League fixture against Dinamo.

The first leg is scheduled to take place at Dinamo’s stadium in Zagreb on 9 November, with the return leg taking place at Olympiakos’ Karaiskakis Stadium on 12 November. Croatia finished runners-up in Group I two points behind Iceland, while Greece beat Bosnia to second place in Group H which was comfortably won by Belgium.