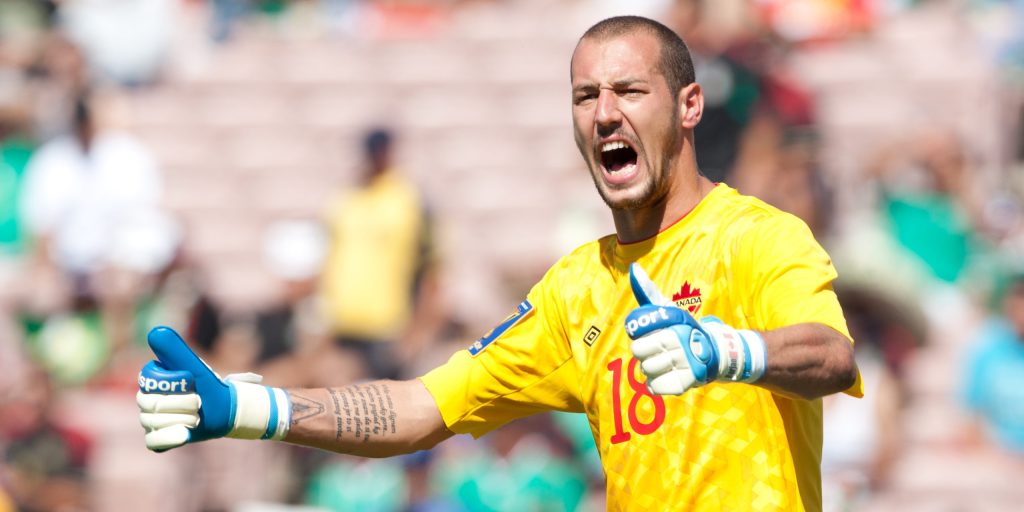 Serbia and Croatia managed to dominate FIFA World Cup headlines for reasons that had little to do with their on-pitch performances and all to do with the troubled 1990s.

Two banners landed Balkan neighbours Croatia and Serbia in hot water last week, adding further controversy to a tournament that really does not need more of it.

On Thursday, someone with access to Serbia’s dressing room put up a banner featuring the map of Kosovo with the Serbian flag overlayed over it, the words “no surrender” superimposed. The owners of the lockers that propped the banner up were PAOK Salonica’s Andrija Živković and Werder Bremen’s Miloš Veljković. After a photo of the banner emerged online, FIFA launched an investigation, citing among other reasons the use of “a sports event for demonstrations of a non-sporting nature.”

Tensions between Serbia and Kosovo run high, most recently when the latter threatened to sanction drivers whose cars displayed license plates that imply Serbian sovereignty over the territory. Of course, the dispute had little to do with traffic regulations and all to do with Serbia’s refusal to recognise Kosovo as an independent nation. Following years of brutal repression and ethnic cleansing targeting Kosovo’s Albanian majority population, Serbia (then still known as Yugoslavia) was forced by a NATO intervention to withdraw its troops from Kosovo over two decades ago.

While the threat of a Russian veto prevented Kosovo from joining the UN, the young republic managed to become a member of FIFA and UEFA in 2016. One of the conditions was that Kosovo cannot play Serbia, although that did not prevent tensions over Kosovo’s status overshadowing Serbian fixtures against Albania, Switzerland, and now Brazil.

Two days later, Canada’s goalkeeper was facing his country of birth – at least according to Canadian guidance on how to record that. Milan Borjan was born in the town of Knin, then within Yugoslavia, soon after the capital of a Serbian unrecognised state which lasted for four years. Borjan’s ethnically Serbian family fled during the military operation that restored Croatian control over the area, first to Belgrade and then to Canada. He eventually returned to the region, now playing for Red Star Belgrade. To this day, he insists he was born on Serbian land.

Borjan’s heritage did not go unnoticed by Croatia’s fans in Al Rayyan. A banner appeared in the stands that read “Knin 95,” 1995 being the year Borjan’s family fled Knin. To add further insult, the banner was a repurposed flag of tractor company John Deere, a reference to the vehicle many Serbs fled the area on. Underneath, another insult – “Nothing runs like Borjan.”

Canada’s goalkeeper responded to the fans, who were also chanting abuse at him, by giving them the three-finger Serbian salute. The gesture has its origins in how Serbs sign the cross, using three fingers as opposed to their Catholic neighbours who use five. Despite Serbian athletes claiming that their use of the salute is based on pride and not hatred, football authorities once sanctioned a footballer for flashing the symbol at the predominantly Croat fans of Melbourne Knights.

Coincidentally, Borjan was caught celebrating in front of a banner identical to the one in Serbia’s dressing room by a photographer. So far FIFA has not announced any action against Croatia’s football federation or the individual fans who gleefully posed with the banner.

Could Serbia and Croatia meet each other in the knockout stage? Yes.

If Croatia beats Belgium and Morocco does not get a better scoreline against Canada, then Croatia qualifies first from Group F. On the other hand, Serbia could qualify second from their group if they beat Switzerland in their first meeting since that match, assuming Cameroon fares worse against favourites Brazil. Both teams would end up in the same corner of the bracket, one match away from meeting each other in a quarterfinal at Doha’s Al-Thumama Stadium on 10 December.

The two sides have never met themselves at a major tournament. Had Serbia beaten Scotland in a playoff final, they would have qualified instead for Croatia’s UEFA Euro 2020 group. Now, it might be Cristiano Ronaldo and Portugal that prevent that fixture from taking place.