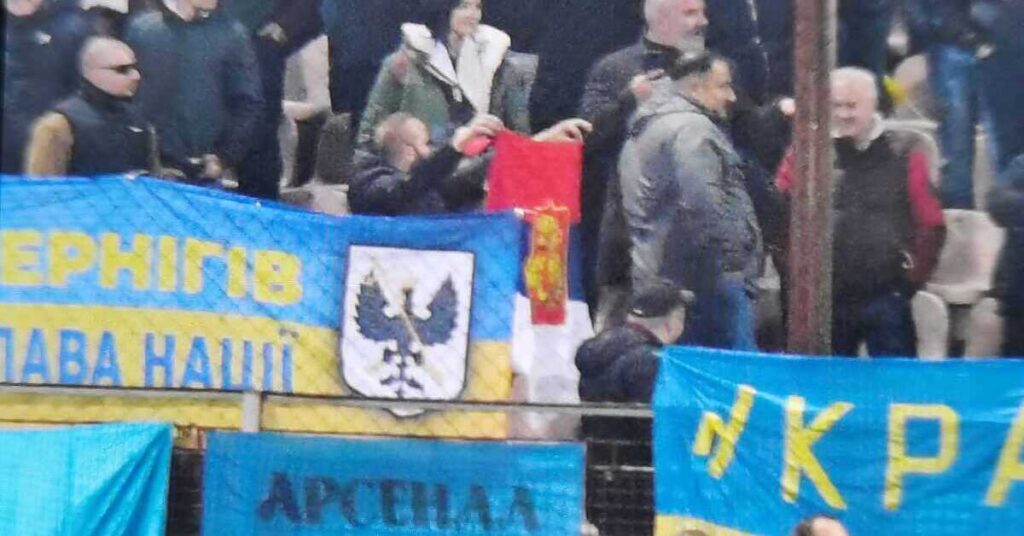 Getting angry at the wrong flag

A Ukrainian fan drew the ire of his hosts, even though they’d probably agree with his intentions.

Back in 2004, athletes and supporters of New Zealand’s Olympic team were advised to leave their national flag at home and show up at venues with the iconic Silver Fern instead. The reason officials offered was that they did not want Kiwis to get mistaken for their Australian neighbours, who at the time were heavily involved in US-led military operations in Iraq and Afghanistan.

Similar questions have dominated a decades-long debate on whether the South Pacific nation should get rid of their British-inspired flag for a new one. A 2016 referendum in New Zealand settled the question, for the time being at least, by retaining the current design. As pub quiz-goers the world over continue to struggle with the difference between the two depictions of Southern Cross on either side of the Ditch, there are other places where overlooking such details has led to some commotion.

The most recent example came last month in Zenica, where already-eliminated hosts Bosnia and Herzegovina took on Ukraine for the last fixture of Europe’s World Cup qualifiers.

Before the match, while Ukraine’s anthem was blasting from the stadium’s speakers, one of the travelling fans decided to brandish an upside-down Russian flag – seemingly to oppose Moscow’s involvement in their country. Nothing surprising there, especially given last summer Ukraine’s football federation used their team’s jerseys to make a similar point over Russia’s annexation of Crimea.

The home crowd started booing Ukraine’s anthem, leaving viewers baffled. Given Bosnia and Herzegovina’s national team mainly draws its support from the Bosniak constituent ethnic group of the country, as opposed to Bosnia and Herzegovina’s Croats or Serbs, one would think that there’s little to separate them from their visitors in geopolitical or other terms.

The answer as to why the home crowd got enraged at their Ukrainian guests is simple: an upside-down Russian flag looks very similar to Serbia’s flag. Like many other Slavic states, both Russia’s and Serbia’s flags share a red-blue-white horizontal tricolour, the only difference being that the order of colours is inverted. Hence, while holding a Russian flag the wrong way around, the visitor was essentially waving a Serbian flag around for anyone not close enough to notice the different rendering of the two-headed eagle in the middle.

Ever since the peace agreement which ended the Bosnian War, Bosnia and Herzegovina has been governed along the lines of a power-sharing deal between its three largest ethnic communities. That arrangement has been threatened in recent months by Bosnian Serb leader Milorad Dodik, who’s taken steps to withdraw Republika Srpska, the country’s Serb-majority entity, from Bosnia and Herzegovina’s institutions – including the army.

The situation is so dire that the United Nations’ high representative to the country called the chances of another war “very real.” If there was ever a bad time to fly a Serbian flag in the face of Bosniaks at a football game, this would be it. However, given Dodik’s apparent backing by Moscow, local fans should have figured out that their visitors would probably be on their side of the argument.

Luckily, discontent did not bring violence. Two second-half goals did the job for the visitors, who leapfrogged Finland to set up a play-off semifinal at Scotland on the way to Qatar. Surely, that spectator will think twice in the future before bringing out a national symbol not represented on the pitch.