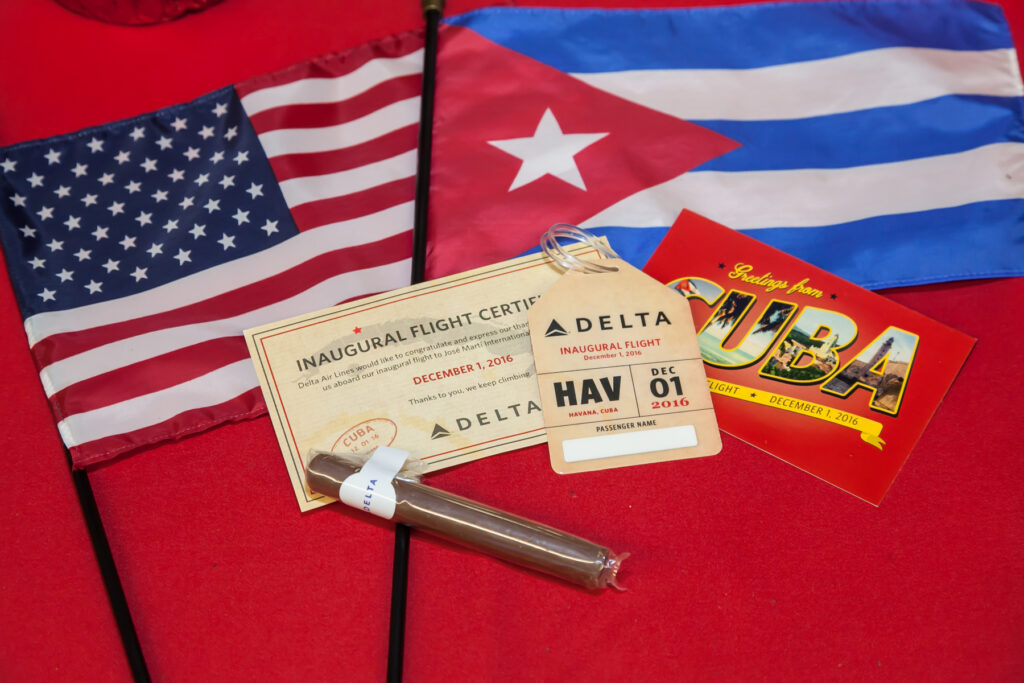 When footballers have the wrong passport

Cuba’s national team lost the chance to qualify for the Gold Cup because they could not get their U.S. visas on time.

Cuba had huge hopes for its national side this summer. Breaking with previous practice, the team is now open to Cuban players plying their trade abroad, including the Premier League’s Onel Hernandez. Qualifying for the CONCACAF Gold Cup, the top regional prize for North and Central America, seemedt within reach. The nation had reasons to believe they’d fare better than 2019 when they finished last without an answer to Mexico’s, Canada’s and Martinique’s combined 17 goals.

The team set out to Nicaragua to prepare for the qualifying preliminary round and catch a flight to Florida, where they were set to face French Guiana. Unfortunately, Hernandez and his teammates would not get their chance on the pitch as they never got the visas they needed to board that flight. Cuba’s Foreign Minister put the blame on the US embargo against the island nation. Hernandez, on the other hand, told the world that his team were reduced to tears for missing out on the competition.

CONCACAF put out a few words suggesting a mixture of COVID-19 restrictions and visa issues were the reason French Guiana set up a second round tie against Trinidad and Tobago without having to kick a ball.

The United States are among the hosts of the FIFA World Cup which follows the controversial and odd affair in Qatar next year. While the bids were being contested, the White House’s tenant was a certain Donald Trump, who counted a ban on several Muslim-majority countries among his signature policies. Responding to concerns that some teams would fall foul of Trump’s rules and will be unable to travel to the tournament, FIFA’s President Gianni Infantino had insisted that any qualifying team and their supporters must be allowed to attend the World Cup. Trump, a keen supporter of the bid, had promised that would be the case.

While in office, Trump also reversed the Obama administration’s relaxed approach to Cuba, reinstituting a series of measures which make diplomacy, trade, and ultimately travel more difficult between the United States and their Communist neighbours.

In the past Cuban footballers have been able to reach the United States to represent their country at the regional stage. Several never returned to Cuba, including four players who defected after their win against Guatemala in the 2015 Gold Cup. Certainly, if Cuba manage to qualify for the 2026 FIFA World Cup, the U.S. would have to follow Infantino’s instructions and allow Hernandez and his teammates stateside.

This is not the first time that footballers are prevented from competing on the basis of having the wrong passport in their duffel bag. Papua New Guinea’s women’s side were unable to travel to New Zealand for the return leg of their 1-7 defeat in Lae for the 2016 OFC Women’s Olympic Qualifying Tournament. A year later, seven Burkina Faso players could not secure a British visa to play Nigeria in London. Kazakhstan’s men’s side couldn’t fly to Austria to face Malta in a friendly this summer. And the list goes on.

Visas are not the only obstacle players can face while attempting to build their international career. Palestinian footballers based in Gaza have also been subjected to Israeli regulations that have prevented them from joining their national team (or playing in competitions involving teams from the West Bank).

Nor are these issues limited to national sides. Henrik Mkhitaryan had to watch Arsenal lose the 2019 UEFA Europa League final on television, as he could not travel to the capital of his native Armenia’s bitter rival Azerbaijan.