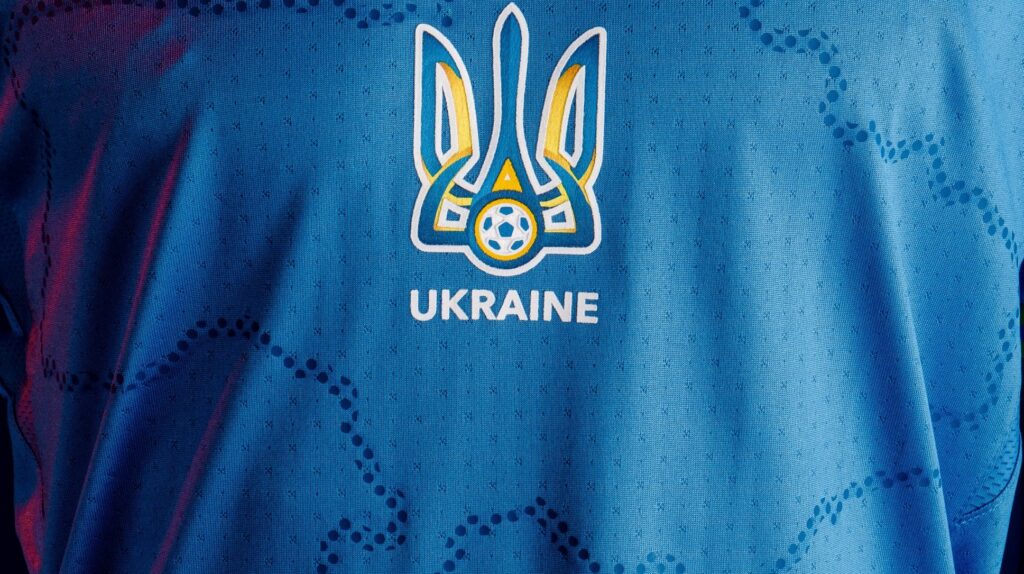 UEFA found itself (again) in the middle of a political spat between Ukraine and Russia.

Seven years ago, in the aftermath of the revolution that saw Ukraine’s then-President Yanukovych flee to Russia, Crimea became the focal point of a conflict that still prevents the two countries from meeting each other in UEFA competitions. The peninsula, annexed by Russia in 2014, is still considered Ukrainian territory by the UN and Europe’s football authorities still ban Crimean clubs from joining the Russian league pyramid.

This summer both nations feature at the Euro 2020 which kicks off today in Rome. Russia, who inherited the Soviet Union’s inaugural 1960 trophy, will also host six group matches and a quarter-final on Krestovsky Island in St. Petersburg. 2012 co-hosts Ukraine will be hoping the new format helps them escape the group stage for the first time.

However, the spotlight was not the players of the two sides in the run-up to the competition. Instead, it was on Ukraine’s new jersey.

In a year where many nations and clubs have opted for kits that pay tribute to 1980s or 1990s football fashion, Ukraine went for classic yellow (home) and blue (away) shirts with a twist: a map of Ukraine subtly emblazoned in the front. Russia was furious as the map included Crimea – alongside other parts of the country de facto controlled by pro-Russian separatists.

UEFA eventually decided that the map was fine, as it showed the borders of the country as recognised by the United Nations. But it did agree with Russia on another detail of Ukraine’s new jersey, the slogan “Heroiam slava!” (Glory to heroes) written on the back of the players’ collars. The phrase, a response to “Slava Ukraini” (Glory to Ukraine), was considered to be too political and militaristic for a football tournament.

“Slava Ukraini” has stirred football controversy before, most recently at the 2018 FIFA World Cup when Croatia’s assistant coach was ousted from the finalists’ setup for chanting the words after Croatia beat Russia. Chanting alongside him was defender Domagoj Vida, who had recently made the switch from Dynamo Kyiv to Besiktas. Even though Vida eventually apologised ‘to the Russian people,’ Ukrainians were incensed that FIFA seemingly took Russia’s side in condemning a slogan that Vida would have certainly picked up from Kiev’s stands.

Vida was no stranger to the controversy that chanting can land you in — especially given that on the same night he was taped adding “Belgrade is burning” to the Ukrainian slogan. In 2013, Croatia’s Josip Šimunić was banned for ten games after leading the crowd in chanting “Za dom spremni!” (For homeland, ready!) after beating Iceland to a World Cup berth.

The two slogans have a dark commonality: they were both used by Nazi affiliates in World War II. “Heroiam slava!” was offered in response to “Slava Ukraini” by Stephan Bandera’s Organisation of Ukrainian Nationalists. “Za dom spremni!” was the salute of the Ustaša whose leader Ante Pavelić ran Hitler’s puppet state in Croatia. The slogans’ supporters, at least those who are uneasy about being connected to those fascist movements, justify their continued chanting by saying that these words pre-dated Bandera and Pavelić.

There is another thing the two phrases have in common: they were chanted in a video the nationalist Azov Battalion sent to Domagoj Vida as a thank you after his rendition of the slogan in Russia.

Ukraine had previously played UEFA Nations League matches against the Czech Republic and Slovakia with “Slava Ukraini” similarly emblazoned on the back. At the time, UEFA had said that “the kit in question has been accepted in accordance with the UEFA equipment regulations,” despite Russian complaints that it was a “Nazi call.”

UEFA, unlike FIFA, generally allows non-political slogans on kits. You may have noticed ‘Mia san Mia’ on FC Bayern’s shirts, or “We are Lions” on England’s new away jersey. When it comes to a flag-waving competition such as the UEFA Euro 2020 though, it is difficult to find the line between what is political and what is not. Especially when, in cases like this, history and territory are also being contested.

Following the 2014 revolution, “Slava Ukraini” has been increasingly used as a national slogan, with former President Poroshenko calling it a “symbol of victory” for Ukraine’s football team in 2018. That year, the phrase also became the official salute of Ukraine’s armed forces. Responding to UEFA’s ban, the football federation said it plans to double down in making both “Slava Ukraini” and “Heroiam slava” official national football symbols.

Russia (Group B) will host Belgium and Finland before visiting Denmark. Ukraine (Group C) will play away to the Netherlands before taking on Austria and debutants North Macedonia in Bucharest.