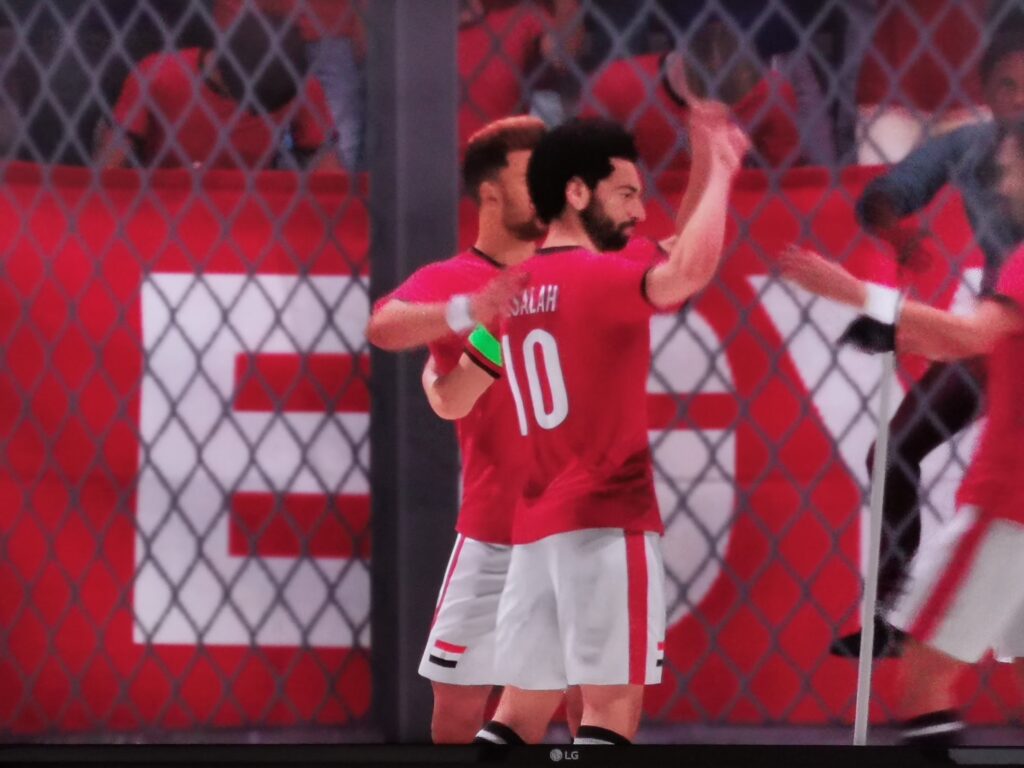 That Egypt-Israel match that never happened

Now that football has returned to our lives, we take a look at a match that was cancelled during the pandemic — for reasons that had nothing to do with the virus.

Football was brought to a standstill during the COVID-19 pandemic, with few exceptions. Those who did not discover a newfound passion for Belarus’ Vysheyshaya Liga – the only league to continue playing normally – turned to the video games we’ve all loved to hate over the years: FIFA and PES. Leagues and Associations put together tournaments, including the Premier League e-Invitational where Trent Alexander-Arnold was denied an early (virtual) taste of the league’s silverware by Wolves’ Diogo Jota.

Back in April, Greek media wrote that Ahmed Hasan, an Egyptian striker at Olympiacos Piraeus, was chosen to represent Egypt in one of these tournaments. Soon after, Hasan – who Jota would face soon in a Europa League quarterfinal – pulled out of the competition. He took to Twitter to explain why: “representing Egypt anywhere […] is a great honour, […] but after the draw was announced I can only refuse.”

Egypt had been drawn with Romania, Turkey and Israel. Even though Hasan did not say so directly, we can assume that it was neither Romania, nor Turkey, that bothered him.

UEFA has been preventing nations at odds with each other from meeting in international competition. Examples include Russia and Ukraine, Armenia and Azerbaijan, and, more recently, Spain and Gibraltar. UEFA’s criteria include whether the two countries lack normal diplomatic relations, whether there is an active military conflict or whether the Associations themselves ask to be kept separate.

Games between countries with a troubled past between them frequently take place. North Korea and South Korea, who are still technically at war with each other, have met at least seven times, most recently in a goalless draw in Pyongyang. Also, even though Serbia cannot draw Kosovo, it can still play Albania – as we all remember.

Israel is a member of UEFA, while its neighbours in the Middle East belong to AFC, the Asian federation, or CAF, the African federation. The reason why Israel joined UEFA is very relevant to Hasan’s decision to abandon his fledging e-sports career.

In 1928 a football association was formed to govern sport in the then-British Mandate of Palestine. When Israel declared its independence in 1948, the association changed its name to the Israeli Football Association and fielded the first-ever Israeli national team, which lost 3-1 to the United States’ Olympic team.

One day after Israel’s declaration, war broke out between the newly formed state and its Arab neighbours. The Arab League, formed three years earlier, had already started a boycott against the Jewish community which carried on to target the country. One of the manifestations of that boycott was through sport, where the region’s teams refused to play against Israel.

When the Asian Football Confederation (AFC) was formed in 1954, Israel was one of the founding members. They competed in the Asian Cup, coming second twice to South Korea in 1956 and 1960 before winning the tournament on home soil in 1964. Israel, represented by an amateur mix of workers and army conscripts, beat India, South Korea and Hong Kong to lift their first, and only so far, trophy.

In 1958, Israel entered the FIFA World Cup qualifiers for Africa and Asia. Their first opponent, Turkey, withdrew because they did not want to compete in the Asian group. Afterwards, Indonesia withdrew because FIFA insisted that the home-and-away fixtures take place in the respective countries. Their next and final opponent, Sudan, withdrew because of the Arab League boycott. FIFA, faced with the possibility that Israel would make it to Sweden for the finals without kicking a ball, organised a special play-off between Israel and one of the UEFA sides that hadn’t qualified already. Wales beat Israel 2-0 home and away and got to the World Cup.

Later on, in 1970, the Israeli national football team managed for the first and only time in its history to play the finals of the FIFA World Cup, as Asia’s sole representative.

Israel was drawn in the joint Asia and Oceania qualifiers with New Zealand and North Korea – which withdrew from the competition to avoid playing Israel. After beating New Zealand twice, they went on to beat Australia in the final round and travel to Mexico. A decent haul of two draws against eventual runners-up Italy and Sweden, alongside a 2-0 defeat to Uruguay, was not enough to avoid the early trip back home.

Three years after their visit to Iran, the AFC decided to keep Israel away from its neighbours and placed the nation in the Far East qualifiers section of the AFC Asian Cup. Israel, due to face South Korea, pulled out and never returned to that tournament.

In 1974, Kuwait brought a motion to expel Israel from the AFC. That motion passed in a 17-13 vote, leaving the football association without a continental federation. Israel played once more in the Asian qualifiers for the 1978 World Cup, moving to the European qualifiers for 1982 and the Oceania qualifiers for 1986 and 1990. In their second attempt down under, Israel beat Australia and New Zealand to set up a play-off against Colombia, which they lost 1-0 on aggregate.

Since 1991, Israel’s national and club sides have been playing in Europe. UEFA admitted Israel as a full member in 1994, putting an end to twenty years of an extraordinary nomadic experience. Israel has been unable to reach the finals of a major tournament since. It’s teams have not faced boycotts within UEFA competitions, but some clubs have allowed individual players not to travel to Israel or take part in matches. In one case, the Iranian FA sanctioned two players who played against Maccabi Tel Aviv in a Europa League tie.

Back to that online tournament, we tried to find out what happened in the end with the remaining matches. According to the FIFA website, Israel beat Romania 9-0 and Turkey by a seven-goal margin in ‘eNations Stay and Play friendlies’. It seems though that unlike Egypt, another of the region’s teams decided to take Israel on: Saudi Arabia, who won 6-2 on aggregate.

Perhaps unsurprisingly, a 2015 AFC video detailing the history of the AFC Asian Cup forgot to mention the famous victory of Israel’s amateurs in 1964. Even though the press pointed out the omission, the video is still online without any reference to that year’s edition. Their achievement has also been reportedly forgotten within Israel itself.

While asking to “give peace a chance,” Red Star Belgrade ultras forgot a war close to home — and their bloody role in it.Their former leader, known as Arkan, led paramilitary units that committed heinous war crimes in Croatia and Bosnia and Herzegovina. The ultras, who now chant 'Russia, Russia' at their club's matches, never disowned Arkan and his followers.Read more: nationsandballs.com/2022/03/20/dont-give-whataboutery-a-chance/ ... See MoreSee Less

“They are doctors who have been working and studying medicine for years. If I said this is wrong, then I'll be like anyone in the street [who] said pass this ball here instead of this.”Mo Salah is a leading voice backing the vaccination drive. But vaccine hesitancy has cost clubs and national teams in terms of missed games and unwelcome publicity.Read more: nationsandballs.com/2021/12/20/free-choice-or-driving-drunk-footballs-unvaccinated-headache/ ... See MoreSee Less