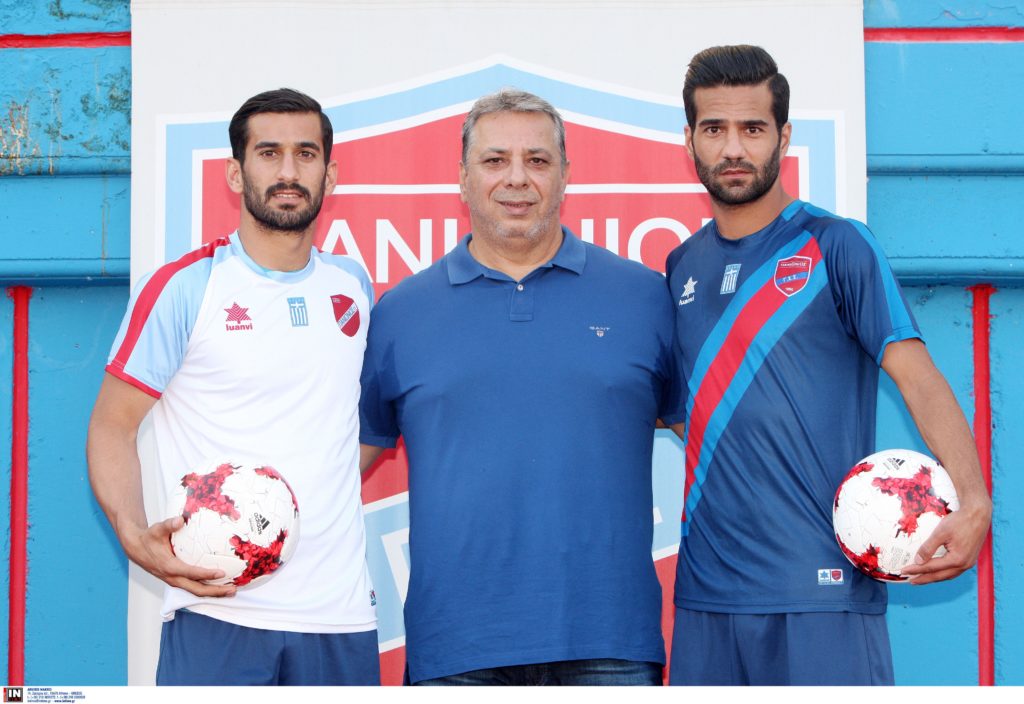 Caught between club and country

Two Iranian footballers faced punishment by their football federation over playing in a Europa League tie against the ‘enemy.’

After a fairytale season which found itself seriously challenging for a UEFA Champions League spot, Greek side Panionios secured a ticket for the Europa League qualifiers for the first time in ten years. A win against Slovenia’s Gorica set up a clash with Maccabi Tel Aviv. For Masoud Shojaei and Ehsan Hajsafi, those fixtures would put them in the centre of a decades-old political controversy.

Shojaei and Hajsafi are Iranians, long-standing members of their country’s national team. A trip to Israel would run against the instruction on their passports against travel to ‘Palestinian lands,’ as Iran does not recognise the state of Israel. They could even be banned from going back home, a consideration that had previously stopped German-Iranian player Ashkan Dejagah from representing Germany’s U21s in an away match against Israel in 2007.

Before the first match, the club accepted the players’ request not to travel to Israel. “Panionios respects the decision of Masoud Shojaei and Ehsan Hajsafi” the club said in an announcement, but “for the return leg in Nea Smyrni on Thursday their presence is necessary… The players must respect their contracts and give their best towards our team’s qualification.” Panionios went on to lose the Tel Aviv match 1–0.

Both Shojaei and Hajsafi were in the line-up for the return leg, in the midfield and defence respectively. When they arrived at the stadium, the home fans gave them a roaring welcome and lifted Shojaei in the air while chanting his name. On the pitch, Panionios needed a goal to send the tie to extra time, however an own goal by captain Panagiotis Korbos put the result beyond doubt. Maccabi, a more experienced side, would live to fight another day in the play-offs. Shojaei was in tears at the end of the match — the Varzesh website wondered whether it was because of the defeat, or because of the pressure for what was to follow.

Off the pitch, Panionios’ two Iranians found themselves in the crosshairs of their football federation, which demanded that the two players show up to apologise for their actions. The federation’s announcement said they would discuss with the players to see their motives behind this action. Raja News Agency blasted the pair in their report, while the BBC wrote that a Twitter user had said “shame on you Ehsan and Masoud for recognising these vampires for a fistful of dollars.” Oddly, Iran’s foreign ministry tweeted its congratulations to the two players for facing Israeli opposition.

A few days later Iran’s sports minister took to television to announce that Shojaei and Hajsafi were barred from the national team. “Because Masood and Hajsafi… crossed a red line, they are no longer part of our national team. Our two footballers were proven indifferent to this issue and only show loyalty to their club. Where is their loyalty to the honourable nation of Iran?” The announcement didn’t clarify the length of time for which the two players will no longer be able to play for their country.

FIFA wrote Iran’s federation asking for the reasoning behind the ban. A few days later, the latter responded that there was no ban and that these news were incorrect. Hajsafi has been called up for the upcoming matches against South Korea and Syria, while Shojaei — who was Iran’s captain in the last match against Uzbekistan — was left out in the cold.

There is a long history of Iranian players and teams boycotting matches against Israelis. Iran’s 5-a-side team didn’t play Israel at the 2003 Special Olympics World Summer Games in Ireland, the U-21 basketball team cited visa concerns in pulling out of a 2005 FIBA World Championship fixture, and Iran’s volleyball team withdrew from a 2011 Summer Universiade clash against their Israeli counterparts. Judoka Arash Miresmaeili and swimmer Mohammed Alirezaei failed to compete in ties featuring Israelis in the 2004 and 2008 Summer Olympics respectively.

The Asian Football Confederation expelled Israel in 1974 under pressure from its Arab membership, while at the Asian Games that year both North Korea and Kuwait refused to face Israel, which went on to play the 1982 World Cup qualifiers in Europe. The next two qualifiers saw Israel take part in the Oceanian fixtures, before returning to Europe for the 1994 qualifiers in advance of receiving UEFA membership that year.

Dejagah, who had refused that Germany U21 call-up, had also cited concern for his parents and relatives in Iran, alongside fear of punishment and imprisonment. At the senior level, Dejagah captained Iran’s national team in 2015 and will wear the armband instead of Shojaei in the next matches.