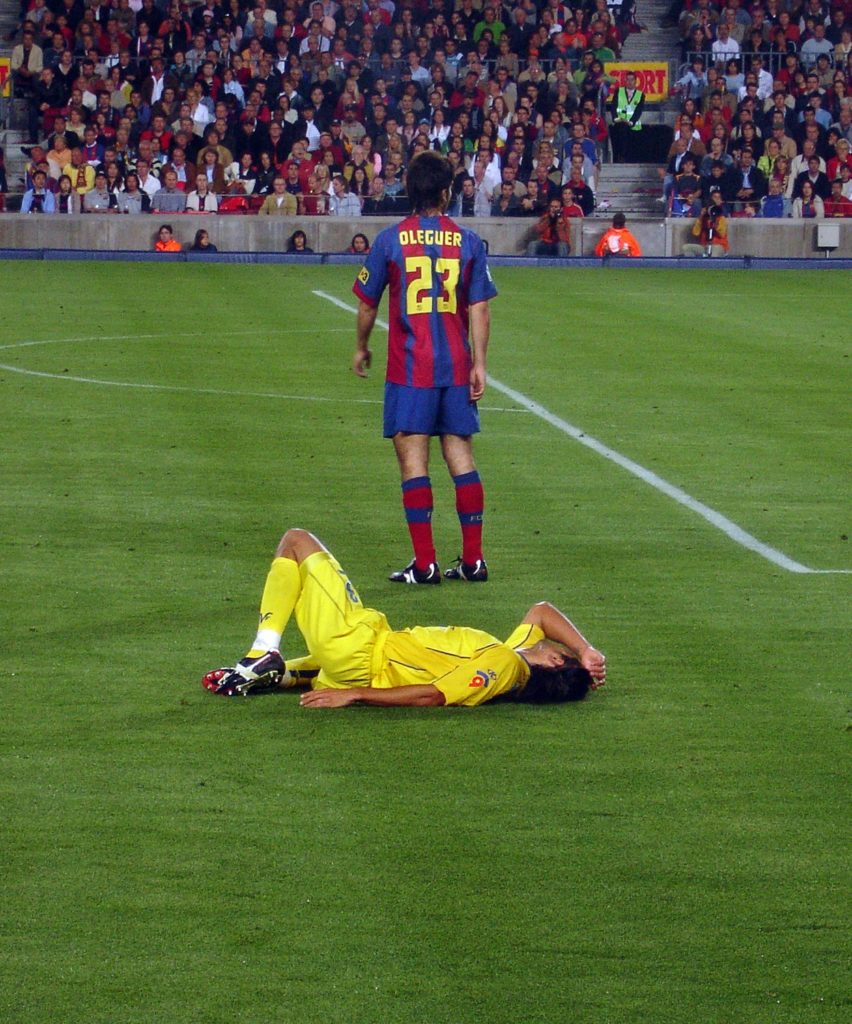 A few weeks before Catalonia holds its independence referendum, we take a quick look at the most left-wing right back to play for Barca.

The most recent Catalan regional elections in 2015 saw the two main pro-independence parties put forward a joint ticket, turning the vote into a plebiscite on whether the region should remain part of Spain. Their ticket featured FC Barcelona legend and former manager Pep Guardiola as a candidate. However, another Barca player — also a candidate that year — had already emerged as a symbol of left-wing politics and Catalan separatist movement.

Oleguer Presas spent seven years at FC Barcelona playing as a right-back and a central defender. An economist with a degree from Barcelona’s Universitat Autònoma, he wrote a book (Camí d’Ítaca) about his club’s league win in 2005 that also addressed antifascism, anorexia and Spain’s foreign policy. He won another La Liga title and the UEFA Champions League for Barca in 2006.

Oleguer joined FC Barcelona in 2001 and went on to make 175 senior appearances for the club until 2008, scoring his only goal against Malaga in a La Liga fixture. He dedicated that goal to a 14-year-old who had been arrested for protesting against his hometown’s mayor. Oleguer left Barca for Ajax, where he spent three years before retiring from professional football.

Throughout his career Oleguer was an outspoken supporter of Catalan independence. He celebrated league titles wrapped in the senyera estelada, Catalonia’s pro-independence flag, while in 2005 he attended a meeting of the shortlisted players for Spain’s national team just to tell manager Luis Aragones that “if there isn’t enough involvement or feeling, it is better to select others.”

He had also protested moves by Spain’s football federation to ban the Catalan national team (Catalonia is not a FIFA member) from playing international matches. Oleguer played six matches for Catalonia — against Brazil, Argentina (twice), Paraguay, Costa Rica and the Basque Country. His last match was a 4–2 win under manager Johan Cruyff against Argentina at the Camp Nou.

His support for independence isn’t unconditional however. Oleguer had spoken out against the then-leader of Catalonia and pro-independence conservative politician Artur Mas, telling Catalan radio RAC1 that he was “surprised there are people who trust him. History shows neither the party nor the person [Mas] have defended the interests of the Catalan people.” He told Marca that “you need to talk about the G-8, the European Union, the International Monetary Fund… Bodies which make you dependent on their politics. I see independence as citizens being able to decide on every aspect of their lives. Independence has to have some meat on its bones, or it’s no use to me.”

Oleguer was candidate number 23 — his jersey at Barca — in the pro-independence list at the municipal elections in his hometown of Sabadell. Previously, he was a candidate for pro-independence Candidatura d’Unitat Popular (CUP) in 2012. These candidacies, like Guardiola’s, were symbolic without any chance of success. “I’m not interested in being an MP” he had said, “I’m more interested in being outside.” In another interview Oleguer has said that he felt closer to civil society than political parties.

Oleguer’s political involvement wasn’t limited to the question of Catalonia’s sovereignty. Subcomandante Marcos invited him to play a charity match for the Zapatistas in Mexico. He spent a night locked up for allegedly assaulting police officers at a protest defending a youth club in his native Sabadell in 2003 for While at Ajax, he joined protests against the criminalisation of squatting in the Netherlands. In recent interviews he has spoken out against Spain’s and Europe’s economic model, saying that people “can do nothing” within it.

His most controversial moment though came in 2007. Sporting goods company Kelme cancelled their sponsorship deal with Oleguer after he wrote an article questioning the independence of Spain’s judiciary, supporting a hunger strike by Basque separatist and ETA member Inaki de Juana. Accused of defending a convicted terrorist, Oleguer was jeered at stadiums around the country, starting from an away match at Valencia. When asked if he could have just not written the article, he told the Guardian “yes, but life isn’t easy. If we want a better world, we all need to roll up our sleeves.” He added, “what did sadden me though was that most didn’t actually read the piece. If people engaged in dialogue with intelligence and disagreed, then fine, but they didn’t.”

Oleguer told journalist and lawyer Damiano Valgolio in 2006 that that he was “against injustice and oppression, but I do not adhere to any strict ideology. I want to learn more, that’s why I keep on studying.” After his professional football career came to an end, he now has the time to help others learn — he taught anticapitalist activists about energy sovereignty at a CUP event in 2016.